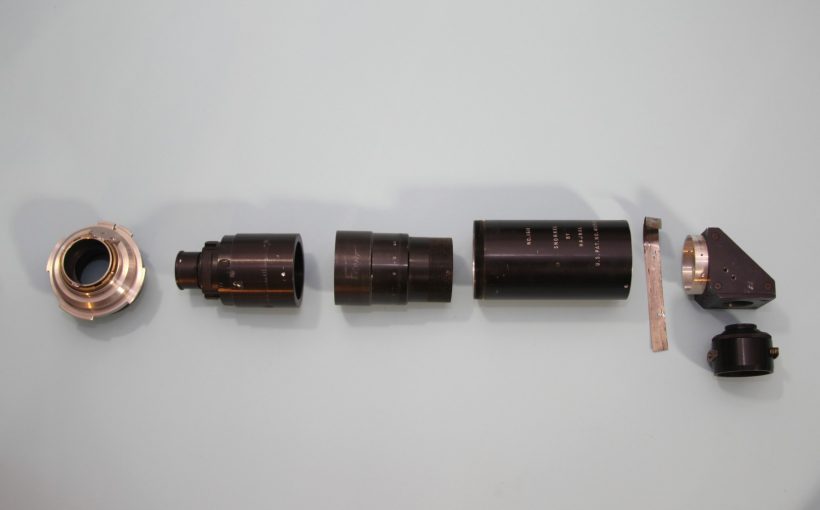 The Hajnal Snorkel lens arrived, and it’s been a taxing little bugger. According to the previous owner, it was part of a lot purchased about 17 years ago, and it had sat most of the time since. 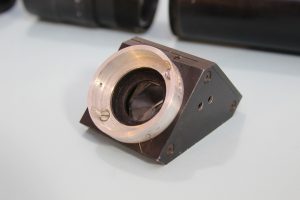 And to look inside it, it certainly had. Each lens element had a slight bit of fungus on it – enough to be a problem – and the mirrorbox was full of dust and dirt specks.

Luckily, I’ve taken a few lenses apart (and reassembled them successfully, I might add) in the past, including some Canon L-series lenses. With no zoom components, the lens turned out to be surprisingly easy to work on, and a few hours later, it was back together with all optical glass cleaned, with exception to two of the most inaccessible lenses in the main housing.

The Hajnal Snorkel – disassembled and reassembled: 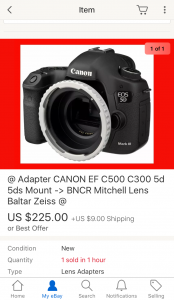 And so, one more disaster averted. But this is only the beginning. The BNCR lens mount does not mate up with the EF mount of the Blackmagic, and despite it’s similarity in appearance with Arri PL in photos on the internet, the BNCR mount is quite a lot larger than PL when viewed side-bit-side in person.

Also, even though the lens appears to be complete with the large Nikon 50mm sitting in front of it in these photos, this lens is hardly suited to it. The Snorkel is built for tiny C-mount lenses with a much smaller image circle than the Nikon. So I need a small army of C-mount lenses.

But would a first test be as easy as an adapter and a C-mount lens from eBay? Only (shipping) time would tell.